If you are seeking personal growth chances are you have pondered the meaning of life.

This drive is what is referred to as Logotherapy. Logotherapy is a psychotherapeutic technique invented by Viktor Frankl. The name Logotherapy comes from the Greek word, Logos which refers to ‘meaning’. Whereas therapy means treatment of an illness, maladjustment or condition.

Logotherapy states that human beings are always inspired to find purpose in life. Just like other Viktor Frankl’s Theories, this one was also influenced by his own personal experiences. These experiences were not only connected to suffering but also the loss he experienced while in Nazi concentration camps.

Related posts about finding your purpose in life

Where did Logotherapy originate from? 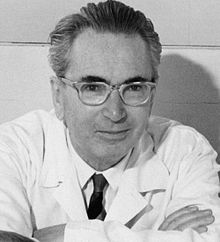 Logotherapy was developed by Viktor Frankl. He was born in the year 1905 in Vienna. Viktor Frankl trained both as a neurologist and psychiatrist. He went forth to spend 3 years in different Nazi concentration camps.

Frankl’s experience in these camps greatly influenced the creation of Logotherapy. While being brought into the camps he tried to sneak a book in that he had written. It was his life work and unfortunately, the book was confiscated. Unlike some of his cohorts who essentially gave up on life, he kept thinking about getting out so he could rewrite his book. The drive to complete the book gave his life meaning and a reason for living.

From this experience, he concluded that every human being is motivated to look for meaning in life. He even went further to publish a book known as Man’s Search for Meaning.

Frankl’s book comprehensively describes the experiences in Nazi concentration camps in the first half of it. The second half of the book goes further to explain simple tenets and Logotherapy techniques. Reading his book will provide you reasons why human beings are always on the quest of searching for a purpose in life.

These are exercises you can use to find meaning in life. They include:

Viktor Frankl admitted that suffering is always a part of life. It is therefore up to a human being to decide on how to react to every circumstance, whether good or bad.

It is evident that human beings are able to find meaning in life in various ways. For instance, through finding exceptional roles which only them can fully. By doing so one gets to know his/her purpose in life.

Acknowledging their purpose will grant them happiness and peace of mind. This approach can help in eradicating cases of depression and stress that are consuming a substantial number of people around the world.

Mainly there is a total of three logotherapy techniques which are:

The above three techniques are essential in discovering your purpose in life according to logotherapy.

Logotherapy has faced a number of criticisms. One evident form of criticism was put forth by Rollo Moy. He states that Logotherapy advocates for the availability of reliable solutions to every problem.

Rollo Moy further states that Frankl cannot force someone to find their purpose and suggest it is something that some people might not be able to do. Viktor Frankl declined these allegations by confirming the role of Logotherapy is to educate people on their own obligation.

Logotherapy confirms that human beings are dedicated to finding meaning in life. They will use all possible measures as explained in logotherapy techniques to find their life purpose. This approach isn’t 100% bulletproof. It will be up to you to read more about logotherapy and see if it is something that could work for you.